Director of the Department of Agriculture 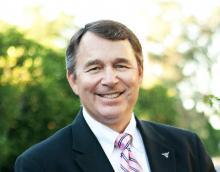 Mark Killian was appointed Director of the Arizona Department of Agriculture in April of 2015. To date, Director Killian has served the State of Arizona in many capacities for over 32 years, some of these positions include the following:

Dir. Killian served as Chairman, Vice Chairman and Treasurer of the Arizona Board of Regents from 2010 through 2015. Prior to joining ABOR, he was Director of the Arizona Department of Revenue for six years (1997-2002), and served for 14 years (1983-1996) in the Arizona State House of Representatives, including as Speaker of the House and House Majority Leader, chairman of the Ways and Means Committee, chairman of the Public Institutions Committee and the Vice Chair of the Agriculture Committee.

Dir. Killian also has decades of private sector experience. He is a licensed commercial real estate broker of more than 41 years specializing in the management and development of commercial real estate and marketing farms, ranches and residential property. He also is involved in family farming and ranching enterprises, overseeing the stewardship of 1,500 acres of farmland in Arizona. He is the current chairman of the Greene Reservoir Flood Control District and the Santa Cruz River Alliance. He also previously served on the Board of Directors for Northern Trust Bank of Arizona.

He currently serves on the Board of Directors for Bio Huma Netics Inc. an international fertilizer company.

Dir. Killian earned his bachelor’s degree in Business Administration with a specialization of real estate and urban planning from Arizona State University in 1981.

Dir. Killian is married to his wife Nancy of 46 years. They have 6 children and 18 grandchildren.

Another facet of Dir. Killian’s background is his interest in raising working Australian Shepherds for farms and ranches. He has provided an excellent line of working dogs that have found homes all over the USA and Canada. Very few people have had this kind of diverse experience and knowledge in agriculture today.

Republican Legislator of the year- 1993

First “Polly” Award for support of the Arizona State Library 1999

Deputy Director of the Department of Agriculture 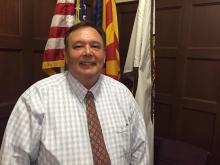 Jeff Grant, our new Deputy Director, was born in Kansas, but moved to Arizona in 1967 when he was seven years old.  He graduated from Sunnyslope High School and Arizona State University. Jeff married his high school sweetheart Elizabeth. They have 3 children—Alex, Jake and Katie.

Jeff started his state government career in 1987 when he was hired at the Arizona House of Representatives to staff the Public Institutions Committee. He went on to serve as the Special Assistant to the Majority Leader and Chief of Staff for Speaker Mark Killian.

In 1997, Jeff moved to the Arizona Department of Revenue where he served as Deputy Director to Director Mark Killian.

From 2004-2007, Jeff served as the Director of Programs and Advocacy for the Arizona State University Alumni Association.

The Office of Commodity Development and Promotion

Arizona Attorney General's Office and Legal Counsel to the Department

Divisions of the Department of Agriculture 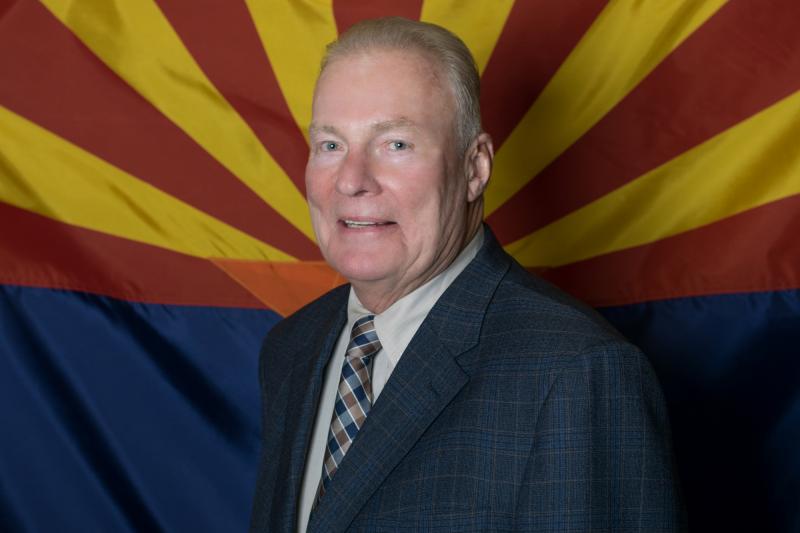 Ed Foster was born and raised in Casa Grande, Arizona. He was a regular hand on the farm as soon as he could swing a hoe. The Foster Farm grew various crops, mainly cotton, alfalfa, grain, safflower, but also some watermelons and then later lettuce for Bud Antle.  He graduated from Casa Grande Union High School and then attended Mesa Community College. After college, Ed began work for the Federal State Inspection Service (FSIS) based in Phoenix. He worked for FSIS for five years before joining the Arizona Citrus, Fruit and Vegetable Standardization in 1979. Ed started as an inspector and later became the Assistant Supervisor for CFV. After 18 years of work, Ed departed CFV. In 1997, he worked for Empire Fruit Company in Queen Creek, Arizona for five years. Although he enjoyed working in the Citrus Industry, housing development had replaced all of the citrus groves in the Chandler Heights area and led him to his next opportunity. In 2002, Weyerhaeuser started developing business in the West in order to build a new bulk packaging plant in Exeter, California.  Ed then became Weyerhaeuser’s Sales Engineer for the bulk packaging for the Southwest region. He won several sales awards and excelled in bringing new business to the company. After seven great years, the Weyerhaeuser Corporation decided to sell their whole packaging division to International Paper. Soon after the acquisition Ed returned to the AZDA as the Assistant Director of Citrus, Fruit and Vegetable Standardization. Ed now lives in the Casa Grande - Eloy area with his wife of eleven years, Suzette. Ed has one child, his son Randall.

Jack Peterson grew up working on a family farm in Minnesota, received a B.S. in Agricultural Engineering from North Dakota State University (Go Bison!) and then spent 10 years working in North Dakota, as an engineer, an educator and a regulator. He moved to Arizona in 1994 to begin as the Associate Director of the Environmental Services Division.  In 2021 Director Killian combined the Environmental Services Division and the Plant Services Division.  Programs in the Environmental Services Section include: the consumer protection program for pesticide, feed, seed, and fertilizer and the pesticide compliance and worker safety programs relating to pesticide use in agriculture.  Programs in the Plant Services Section include:  plant quarantine and pest exclusion which helps keep green industry commerce flowing while at the same time by working with industry, it provides protections to consumers from unwanted nasty pests.  The hemp program is also here working intensively with the USDA to have an acceptable state program and is helping the grower community get started in this emerging crop.

Jack has been married to his wife for 38 years, they have two children and two grandchildren. Vince Craig is a native to the great state of Arizona.  He has worked in State government for over 29 years.  He has worked for the Pest Management Division (PMD) for the past 28 years (formerly, Office of Pest Management and  prior to that, the Structural Pest Control Commission).  He has served as a Compliance Inspector, Continuing Education Coordinator, Investigations Supervisor, Deputy Director, Compliance Manager and now serves as the Associate Director of the Division.  Prior to working for the PMD, he worked 2 years on the administrative side for a pest control firm. He has been married to the love of his life since 1990-- which almost coincides with the length of time he has served in State government.  In his spare time, he enjoys community outreach, video editing and photography.

Kevin Allen joined the Arizona Department of Weights and Measures in August of 2015 as an investigator.  In 2017 he was promoted into a compliance manager position where he supervised the Cleaner Burning Gasoline (CBG) and gasoline vapor recovery programs. In November of 2019, Kevin became a Team Lead (field supervisor) before being promoted to Associate Director of the Weights and Measures Services Division in April of 2020.

Kevin is an Arizona native, an Eagle Scout, and holds a bachelor's degree from Arizona State University in Parks and Recreation Management. Prior to his service with the State of Arizona, Kevin held positions in the public utility, hospitality, and public safety industries.