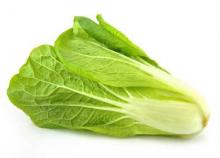 The U.S. Food and Drug Administration (FDA), along with the Centers for Disease Control and Prevention (CDC) and state authorities, continues to investigate a multistate outbreak of E. coli 0157:H7 infections associated with the consumption of romaine lettuce in the U.S. The outbreak has resulted in 43 people becoming ill in 12 states. An additional 22 people in Canada have become ill as well. Based on discussions with the industry and authorities, the FDA believes that the location has been narrowed to romaine lettuce that was being grown in the Central Coast region of California. For more information, see the full press release: